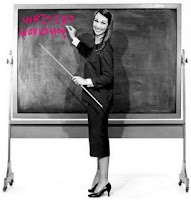 That's a pretty darn good point, on your dad's part.

Well he has a pretty good point ;)

He's completely right! Chewable means that you can chew them while sucking means using a totally different part of your mouth to break it down. But man, when you mentioned that he brought out pliers, I about died laughing. That's one unchewable pill!

Happy Thursday and thanks for stopping by!

How interesting is that? Why would they name them chewable if they were not chewable? Maybe because suckable doesn't sound too appealing : )

Together We Save said...

Totally true! I never knew that, I thought they were chewable! I guess putting SUCKable on your label isn't great promotion. But still...someone may really hurt their teeth!

Shell in your Pocket said...

Thanks for stopping by my blog..I always love new visitors! Are those all your cats???

Glad you all think he had a good point.

Kekibird: I think you'd like my book since you thought this was funny. He was persistent and always had a tool for everything!

Life with Kaishon & Jenn: You are probably right.
Jenn:

Sandy Toes: No, these cats were all my dad's. He took care of the strays in the neighborhood and adopted six of them.

Weird. They should be called suckable then. But I guess that would look weird on the box.

Thanks for stopping by my blog!

Is there a number on the bottle that says call for comments or suggestions? I'd call and suggest they call them suckables. lol Thanks for stopping by my blog!

Well, I'd have to agree with your dad! It makes perfect sense. Maybe they thought writing "suckable" on the outer box would sound wierd or something.

For some reason, when I clicked on your profile, it brought me here. Are you using this blog now?

So true! If you can't chew them then that's false advertising. That was funny. Thanks for sharing this moment about your dad.

He's right...they aren't chewable! They dissolve like cough drops do....

Thanks for stopping by my SITS day!

Yes, your Dad was absolutely right and it should have read disolvable. If I get something chewable that's exactly what I want. I can't think of any recent mislabeling or complaints.

Words should be used appropriately. Don't call something chewable, if it's not supposed to be chewed!