Spunky Doodle was busy looking out the window so Manny volunteered to chose the winner of our Fabulous Followers Giveaway.  The winner will receive an autographed copy of my book, "My Funny Dad, Harry" and a DVD with clips of him in action!  Thanks to all who expressed an interest.  The book is available on Amazon and Barnes Noble.

Posted by Karen and Gerard at 6:05 AM 1 comments

Catalog Shopping vs. Hitting The Stores On Black Friday

I'm the one on the right in the brown plaid flannel shirt.

Back in 1965 when we were growing up, my parents were never big on taking us four kids all shopping very often but we always looked forward to when the catalogs from Sears, Penney's and Montgomery Ward arrived in the mail.  We would each be able to go through them and check up to a certain number of things we would like in each one.  I think it was somewhere like five to ten items but I really don't remember the exact number.  I know we had a limit so it was a very serious task, but one we all enjoyed.  I wonder if we grew up in these times with the Internet if my mom would have gone online and requested catalogs so we could mark the things we would like.

Today, I shop by catalog too.  We get them from L.L. Bean, Whales and Friends, Brookstone and a bunch of others but I like to actually get out and go to stores too.  When I was a teenager, I went for the first time on Black Friday.  We went early in the morning and it was so much fun!  As an adult, I always look forward to getting my Christmas shopping mostly done that day and when I married Gerard, we both go now about 7 a.m. and get home around 2:00 or so.  In my younger years, I used to go all day long but then I had more shopping to do and more energy.  I do remember being wiped out though by the end of the day.  We like seeing all the holiday shoppers, hearing the Christmas music in the stores and finding some good bargains.  The only part I don't like is hunting for a seat at the food court to eat lunch.

What about you?  Do you love to shop on Black Friday?  What shopping traditions do you have?  Do you still order from catalogs?

When I saw one of Mama Kat's Writer's Workshop prompts this week was to "Describe a memorable Thanksgiving," this immediately came to mind. It is an excerpt from the book I wrote in memory of my dad.

My mom had been quite ill that month.  She was in and out of the hospital but was having a good day.  We all knew it meant a lot to her to have a nice Thanksgiving so my dad, me and Gerard all decided to pitch in and make it a good day.  Mom had made waldorf salad and the turkey roll was in the oven when Gerard and I arrived.  (I thought about bringing the camcorder, but didn’t because I knew mom wouldn’t want me to take her picture.  She was always camera shy, especially when she didn‘t think she looked good enough.  This was the last time Harry‘s oven was used--as an oven, that is.)

Mom supervised the dinner preparations from her favorite comfortable chair in the living room, telling dad and me what to do next.  (I am deficient in cooking unless it’s heating up frozen dinners.)  We were going to put the stuffing in the oven next to the turkey roll and the rolls on top, but dad had the cookie sheet with the turkey roll turned the wrong way so he had to spin it around.  Then the lid on the stuffing was too high, so dad had to make the rack lower.  Mom’s wondering what’s going on because I am laughing by now.  Instead of taking the turkey out, dad tried doing it leaving it in and just lifting the rack.  The turkey started sliding into the oven!  Gerard was back from CVS by then, so he was laughing too.  I caught it with the potholders in time before it fell into the oven.  Dinner was good.

Mom was feeling good and seemed back to normal like before she went to the hospital, recovering nicely.  She ate good too.  It was a nice Thanksgiving and, as it turned out, was a very good last memory of our time with mom.  I really wish I had brought my camcorder that day!


We wish everyone a very happy Thanksgiving. We have so much to be thankful for! 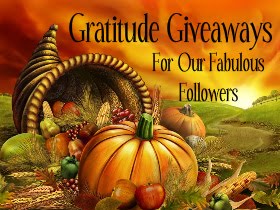 Gratitude Giveaway for My Fabulous Followers
Nov. 17-Nov. 28 For “My Funny Dad, Harry” 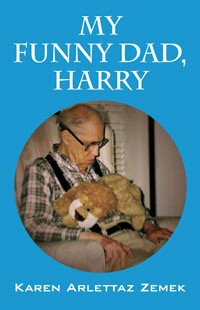 I have read quite a few books about dysfunctional families so thought it was time for one that is heartwarming and uplifting.  The short funny stories in this book about my dad, our family, his cats and the strange things he did are all true.  Many of us deal with aging parents so can relate to me as I try to help and care for my dad.  If you are an elderly parent, you will probably identify with my dad.  I suspect you will smile, chuckle and may even laugh out loud but also will find parts very touching that may bring a tear to your eye.  This is an emotional read that will hopefully inspire you to cherish the people in your day-to-day life and may even get some useful tips. 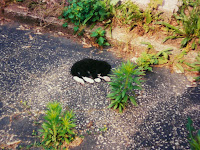 In appreciation to my fabulous followers of this blog, I am giving away an autographed copy of my book, “My Funny Dad, Harry” and a DVD featuring him to a follower who leaves a comment stating they would like to have it along with their email or blog URL so I can let them know if they win. All those who express a desire to have it by November 28 will be eligible. I will put each entry on a piece of paper and let my cat Spunky Doodle choose the winner since I got Spunky from my dad’s yard. (This giveaway is limited to the U.S.)  If I do not hear from the winner with their address by the end of November, another winner will be selected.

November Is Adopt A Senior Pet Month! Wouldn't You Like One? 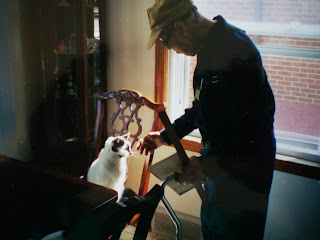 My Dad Petting My Cat, Moe
Since my dad loved cats so much, I thought it appropriate to write about "Adopt A Senior Pet Month" here.  My husband and I adopted two senior pets, our cat, Moe, in 200 when the shelter estimated his age at eight and our dog, Abby, in 2009 through www.petfinder.com at an estimated age of five.  Both turned out to be great pets. Over at the Conscious Cat, is a post listing The Top 7 Things About Older Cats.  They are all so true. 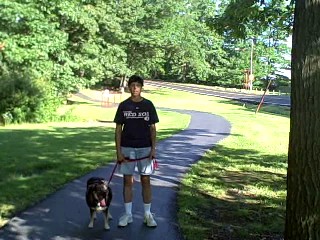 Speaking from personal experience, cats are less work than dogs simply because you do not have to walk them at least twice a day and also are cheaper because dogs eat more and their vet care is more frequent.  My dad didn't walk his dog though.  (He just put down litter in a section of the basement and then shoveled it out when the dog went down there.  It still stunk!  I don't know why he did that!  I don't recommend it.)  When we got Moe, I was looking for a cat that would basically lay around and not wreck things.  Moe was perfect.  There are so many nice cats and dogs just waiting for a loving home.  They have so much love to give and are wonderful companions!